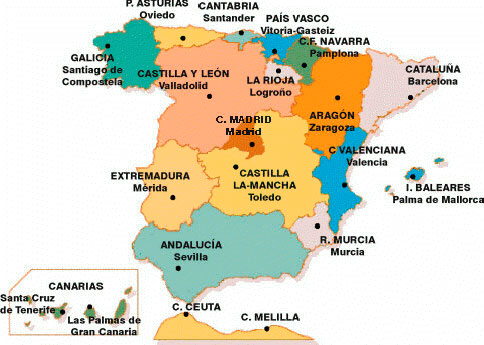 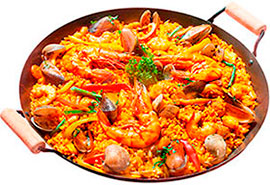 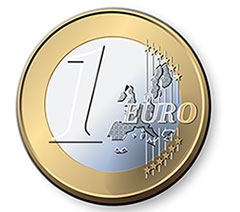 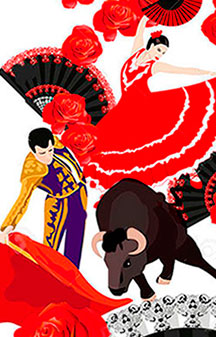 Spain is a transcontinental country located in Western Europe and North Africa (Ceuta and Melilla), made up of 17 autonomous regions 2 autonomous cities and 50 provinces.

Today, Spain is considered one of the most decentralized European countries, since all different territories administer locally their health and education systems, as well as some aspects of the public budget.

Catholicism is the predominant religion of the country .; however, Spain is a country of religious freedom.

Spanish is the official state language; however, Spain has co-official languages ​​such as Catalan (Catalonia), Euskera (Basque Country) or Galician (Galicia).

The climate in Spain is very diverse. Mediterranean character predominates in most of its geography. The southern coasts and Mediterranean climate is characterized by mild temperatures and abundant rainfall almost all year. Inside (Galicia, Cantabria ..) the weather is more extreme low temperatures in winter and high in summer and irregular rainfall. Arid or semi-arid climates are found in Almería, Granada, Murcia and Alicante. The tropical climate is characteristic of the Canary Islands with warm temperatures throughout the year.

Spain is a sovereignist member country of the European Union constituted in Social and democratic state governed by a parliamentary monarchy.

The gross domestic product (energy) puts the Spanish economy (its official currency is the € - European) in the thirteenth position worldwide. The Spanish economy is one of the most open and eurozone economies more internationalization in their products

Spain is a tourist power, the third most visited country in the world, with 68.1 million tourists in 2015 and the second in the world in income from tourism. It is also the eighth country with the largest presence of multinationals. It has a very high index of human development (0.876), according to the 2015 report of the UN Programme for Development.

Spain is a country that loves art and history. It highlights the rich heritage that remains: archaeological sites, temples (being the Sagrada Familia in Barcelona the most visited), historical gardens, museums, palaces, forts ...

The Mediterranean diet define the Spanish gastronomy. It is dominated by fruits, vegetables and fish. The typical dish of the country is the famous Paella.