Spain, 12th in the Global Presence Index in the world

Spain continues to be among the twenty countries with the largest global presence in the world, in 12th place, the same as last year, according to the latest Elcano Global Presence Index.

The aforementioned report analyzes a hundred countries and calculates their outward projection based on three variables: economic, military and a so-called soft category. The latter includes aspects such as science, culture, tourism or international development cooperation. 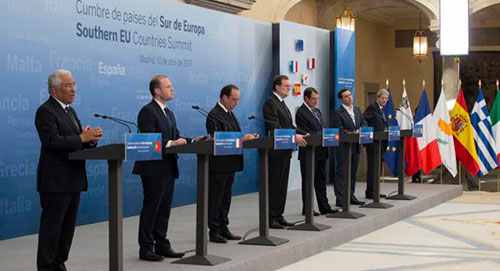 The result is that the United States is ranked first, as in all reports since 1990, with a total of 2.45.9 points, and that China, at a great distance (729.6 points), maintains the second place at the Which was aupó last year, surpassing Germany, United Kingdom or France, who occupy the third, fourth and fifth positions.

However, it has pointed out that Spain, which fell from 11 to 12 in the Index for 2015, managed to maintain its position (with 204.1 points), even though signs of a weakening of its global presence could be perceived All in the economic and military fields.

In the first of these fields, the economy, which has contributed 59.3% to the global presence of Spain, Gracia has pointed out that there is a certain decrease, as a consequence of the decrease in our investments abroad, which is one of The aspects that are taken into account when developing the Index. However, on the positive side, we must talk about a reorientation of our exports.

Similarly, it has pointed out that, if longer periods of comparison are taken, there is a certain loss of military presence, as a consequence, for example, of the scrapping of the "Prince of Asturias" aircraft carrier. The military variable contributes 10.9% to the global presence of Spain in the world.

As for the soft dimension, which accounts for the remaining 29.8% of our global presence, Manuel Gracia has pointed out that there has been some change because, if the 2010 report was development cooperation and immigration factors Which had greater weight, now are tourism and culture.

If only the economic component were taken into account, Spain would also occupy the 12th position, but if the military was valued only, it would fall to 17. It would be better with the soft dimension, with which Spain would be in the 11th position.

Ahead of Spain, in addition to the countries already mentioned, appear in the Global Index: Japan, Russia, Canada, Netherlands, Italy and South Korea. Behind the Top 20 are India, Australia, Belgium, Switzerland, Singapore, Brazil, Sweden and Saudi Arabia.

In general terms, as summarized by the president of the Elcano Royal Institute, Emilio Lamo de Espinosa, the report detects an incipient process of deglobalization due to a strong economic contraction as a result of the crisis and an increase in the military dimension throughout the past year.

This expert also noted that the outer space is still hoarded by a few very strong countries, which account for 80% of the overall projection of the first twenty of the Index.